123Cloud Solutions have just completed the conversion of a suite of Windows PCs to Neverware CloudReady Chrome Desktops.  The school in question had a ten year old server which suffered a massive hard drive and RAID failure leaving them with a potentially huge bill to buy a new server and then re-image their 30 desktops.  123Cloud Solutions suggested we instead accelerate the school’s existing plans to move into the cloud, and convert their windows 7 desktops into Chrome Desktops. 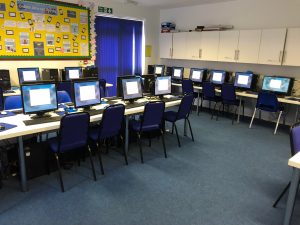 This solution has saved the school thousands of pounds now which means they will have more flexibility when planning their future computing provision.